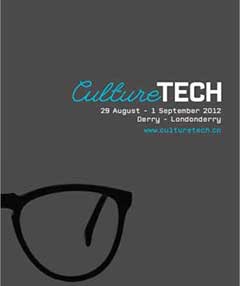 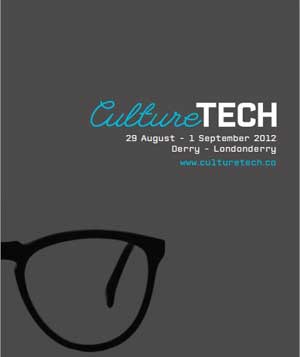 The brain child of Mark Nagurski of Digital Derry and supported by the Derry Chamber of commerce,  this is the first of its kind in the North West.

I personally was delighted to be asked to speak at Wednesdays digital workshop event on lead generation marketing and gave me an opportunity to meet like minded people interested in how events like this can help transform Derry into a vibrant digital city.

Throughout the week CultureTECH  invited some of the world’s most interesting speakers to inspire us and some of our best and brightest creators to entertain us. My favourite event was “Big ideas” which was based on the non profit ideas site Ted (not the film about the bear!). 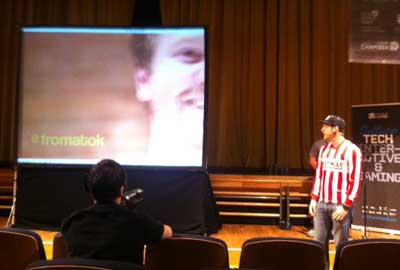 “Big ideas”  entertained and informed us on how the digital age is transforming cities and how people and culture within these cities are changing the digital landscape. Mark should be awarded a prize alone for enticing a large range of influential speakers to the event. These included:

Andrew Zarich of Digital DUMBO , an acronym for Down Under the Manhattan Bridge Overpass, (pictured above), described how poor areas in Brooklyn New York  became the perfect melting pot of creativity and digital for companies looking for cheaper rent.

Joe Cohen founder and CEO of Seatwave, spoke about  heroes who innovate and practical ways to inspire the youth to build creative platforms and use software for self development.
Alan Moore is correctly described as a charismatic visionary who has a firm grasp of the significant and disruptive trends which are currently reshaping our world. His sense of the world we now live in allowed our minds to think in different ways.

With visitors arriving from America, England, Scotland and throughout Ireland, expectations were running high and the many attendees were not disappointed.  Mark and his team did a wonderful job promoting the city of Derry as a future digital hub and many attendees went home spreading this message to their fellow influencers.

I am already looking forward to CultureTECH 2013 and in the meantime welcoming the many digital media companies looking to have a base here in the Northwest.